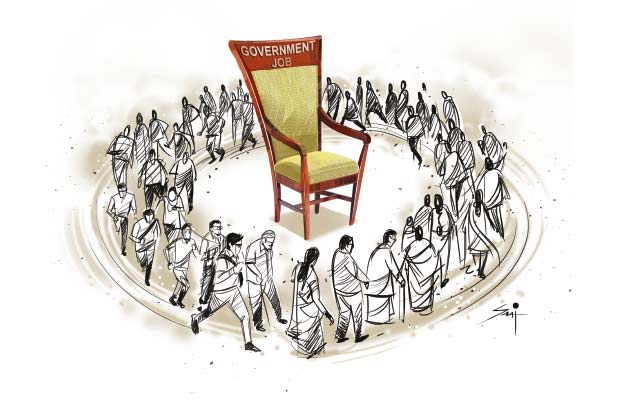 According to the Central Board of Indirect Taxes and Customs, "Compassionate Appointment Scheme is to grant appointment on compassionate grounds to a dependent family member of a Government servant dying in harness or who is retired on medical grounds, thereby leaving his family in penury and without any means of livelihood & to relieve the family of the Government servant concerned from financial destitution & to help it get over the emergency."

However, on the 6th of January, the Hon’ble Madras High Court by the bench constituting of Chief Justice Sanjib Banerjee and Justice Senthilkumar Ramamoorthy reiterated this compassionate appointment as a weak right, i.e. basically to provide immediate support to the family at loss due to the death of the bread-earner of the family.

Thereby, the Hon’ble Madras High Court held that if the family was able to tide over the crisis and survive without any such aide for a period of 8-9 years, then the right of compassionate appointment can no longer be pursued.

Whereas, there was another point raised by the family i.e. the deceased employee’s son was a minor at the instant when his father died. In such a case it’s not mandatory for the son to join through such an appointment; the wife can join as well. This made little or no difference in the writ nor does it help in any manner to avail the appointment on compassionate grounds after such a long period of 8-9 years according to the Hon’ble Madras High Court.

Hence, all we see here is the judicial system making their interpretation and passing an order basing on the grounds/ provisions laid down for the appointment respectively. But we don’t see the deep problem lies within the system. Here, if the offices would have designated a panel that keeps a list of all the desirable/ capable candidates who are to be recruited based on compassionate grounds then today there wouldn’t have been a need to run to the Court for such an interpretation of the already laid down provisions/principles. Although, the judiciary is there to safeguard the rights and protect the citizens from being deprived of their basic necessities/fundamental rights that don’t pave way for other sectors i.e. like the service sector to neglect or leave loopholes and fallacies in their system i.e. for the judiciary to fix.

Is Amendment of Indian Constitution a rigmarole?

Importance of Experience in Judicial Services